The team who introduced hundreds of Cumbrian beginners to running have launched a trail-running weekend in the Lakes.

Kendal-based Jogging Pals are organising a weekend of action based at Brathay Hall at the head of Windermere, with the chance to try Pilates, stand up paddle boarding, and perhaps a dip in the lake, as well as trail running. 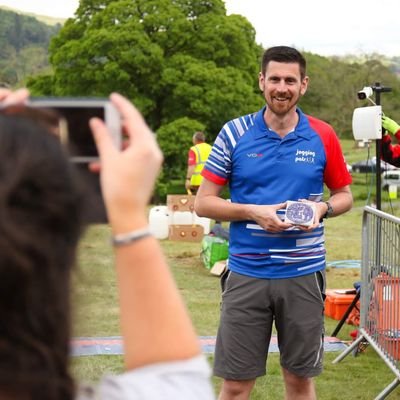 Named Cumbrian community group of the year in 2017, Jogging Pals organise inclusive events such as the mental health mile in Kendal, and the Torchlight 3k run, as well as one-to-one coaching for every distance from parkruns to multi-day endurance events.

But their biggest impact has been on the lives of hundreds of previously sedentary people who have been encouraged to take up running with their couch-to-5k fitness programmes. Success stories include people who say that their lives have been changed since joining Jogging Pals; one woman completed a mountain ultra race two years after starting running with the group (see  below).

Now they plan to take runners into the heart of the Lake District with a weekend of guided runs ranging from 10 to 20k.

The weekend is aimed at runners with little experience of trail running, or those who don’t want to tackle the trails on their own.

“Our aim is to have social runs where we all enjoy each other’s company and take in the amazing environment of the World Heritage Site that is the English Lake District,” said co-founder Wayne Singleton. “This may mean that, if you’re a faster runner, you’re waiting a bit for others to catch up – but this will offer plenty of opportunity to take some awe inspiring photos. All of our runs will have two leaders, to ensure that we’re kept together, and everyone is supported.”

His colleague Glyn Rose – both are England Athletics coaches – explained: “The important part of what we do is to make sure everyone’s supported, particularly the person at the back of the pack. Our runs are gentle, moving at your pace, stopping often to take in the views, take a few snaps and to re-group.”

The running routes will take in lakeside paths, open hillside and woodland, accessed from the weekend base at Brathay Hall. Guests will be met at Oxenholme station, and the deal includes breakfast, dinner and packed lunches. There will also be an evening programme of running films and talks.

“We have seen how the lives of our Jogging Pals members have been changed by taking up running, and we felt the time was right to add something more sociable into the mix, along with the chance to experience the best trail routes that the Lake District has to offer,” said Wayne.

“We hope to offer further dates later next year, and possibly an overseas running holiday to Romania.”

The first weekend event is May 1-3, and details and further details can be found here

Penny Pullinger has no doubt that joining Jogging Pals changed her life. The former CEO of Age UK in South Lakeland, Penny was encouraged to take up running after the death of her husband.

“I still had professional confidence, but in the rest of my life, I had lost it all,” says Penny, who now lives near Norwich. “My son, who is a runner, came to visit and was concerned for me. He took me along to the parkrun at Fell Foot and from there I met people who were members of Jogging Pals.”

Penny says that at first she was much slower than everyone else. “But they were all so supportive, and I’ve made lifelong friends.”

She’s also moved on from the 5k distance, competing in trail races and three half marathons, the most recent one just the day before her 60th birthday. Now she has plans to enter a full marathon.

“I’ve gone from someone who didn’t run at all to this. I might not be built for speed, but this is me now. It has changed my life.”

Penny’s story is echoed by 40 year old accountant Debra Jones. She started on a couch to 5k training programme solo via her phone, but when she joined Jogging Pals, she was motivated more – and met a group of people who are now her best friends.

“I was petrified at first but soon realised it was much more enjoyable running with other people,” she says.

She graduated to Jogging Pals’ group running 10k and then 20k, took part in trail races, and has run two half-marathons. “It’s so inclusive, the way that old and young, fast and slow, are all welcome. I feel regenerated and happy when I’ve been running with the group.”

Debra took part in the Torchlight 3k event running with her disabled daughter Hannah in a buggy. “That was hard, but a great sense of achievement.”

Perhaps the most remarkable of all Jogging Pals’ “graduation” success stories is that of Francesca Higgins, from Kendal. Francesca, 51, only started running after being registered partially sighted five years ago. She joined the Jogging Pals 5k to 10k group after being persuaded to tackle a New Year’s Day run following a night of partying. 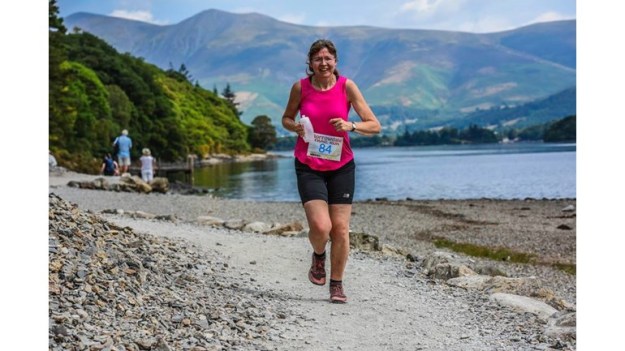 She has now just completed one of the UK’s toughest ultra distance races, the Lakes in Day, a 50 mile run from Caldbeck to Cartmel taking in some of the Lake District’s highest mountain ridges.

“It was brutal,” admits Francesca, who works for the Outward Bound Trust. “It was my first ultra race. I set off in the summer on a 55k trail race but didn’t finish.

“I would never have got running without the Jogging Pals. They are such a good social group.”

She decided to raise money for the Henshaws charity. “I decided to run Lakes in a Day as a challenge that would stretch me to the very edge of my abilities and beyond. Henshaws is a charity which has supported me throughout my experience of sight loss by encouraging me to believe that most of what I want to do is still possible. They’re great enablers, and it’s important that the continue this important work with other people learning to live with sight-loss.”

You can contribute to her cause here: https://www.justgiving.com/fundraising/francesca-higgins1