A partnership between two iconic Lake District brands will enable the International Under 18 Mountain Running Cup to be staged in Ambleside next summer.

The Herdy Company, with its world famous smiling sheep, and the running shoe specialists inov-8 are to be headline sponsors of the event which will bring young athletes from across the globe to the Lakes. 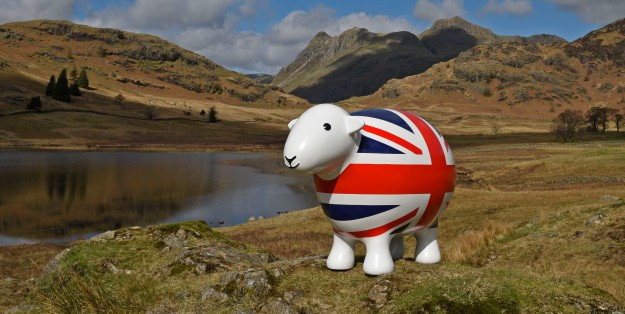 The IUMRC is the world’s premier competition for young runners, and is being held in England for the first time, organised by Ambleside AC. The runners will tackle a typical Lakeland fell-race course on Loughrigg as part of a weekend festival of running, with a flag-bearing parade through the streets launching the start of the event.

Event director Duncan Richards, the England team manager, who has been negotiating to bring the event to the Lake District, said that the organisers were thrilled to be working with two of the most important and exciting brands in the region, after needing to raise £30,000 to stage the races.

“We have inov-8, who are the technical specialists who are synonymous with fell running, and Herdy is the welcoming face of a character that symbolises the Lakes,” said Duncan. “One enables runners to tackle all levels of fell terrain, while Herdy is inspired by the Lakes’ native Herdwick sheep who know the fells even better than the best runners!” 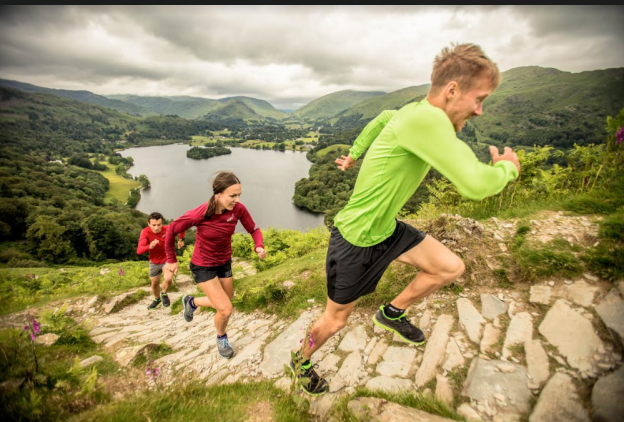 Spencer Hannah, co-director and founder of Herdy, said: “The fit couldn’t be better. Herdy was born in the Lakes 12 years ago and the Herdy face is all about spreading smiles and sharing happy moments. We’re here to welcome the runners, their families and all the visitors to this fantastic event and the spirit of Herdy is here to inspire friendship, shared adventure, the freedom of the Lakeland fells and communities coming together.

Michael Price, COO of inov-8, said: “inov-8 was forged in the fells of the Lake District 16 years ago and we are supremely proud of our heritage. Loughrigg and the surrounding fells form part of our testing ground where we go to test the grip of our running shoes, so we know it well and will be out there in force to support the world’s best junior mountain runners when they come here next June.”

Their sponsorship is joining other local and national partners who are contributing to make the event happen. They include Epic Events, retailers Pete Bland Sports and Kong Adventure, the wealth management company Atkins Ferrie, and Love Ambleside, the local organisation that was founded to promote the town in the wake of Storm Desmond.

Other companies, including McClures of Windermere, and the Grasmere Brewery, are providing items for the athletes’ goody bags.

Alongside the international race, Ambleside will also host an uphill time trial race to the summit of Wansfell on the Friday evening after the opening ceremony.

On the Saturday, (June 20) the FRA English Junior Championships will take place in the morning, followed by the international races, and then an open race for all runners over Loughrigg and Silver Howe the following day.

The youth event has been a stepping stone for under-18 fell and mountain runners to race internationally since 2006.  Olympic triathletes Alistair and Jonny Brownlee are among those who have started their international racing careers at this championship, and for the last 12 years teams from across the world have converged annually at mountain locations in Italy, France, Ireland, Bulgaria and Czech Republic to compete for the trophy.

The visiting athletes will be accommodated at Ambleside YHA over the weekend, with a few youngsters staying at Windermere and Coniston YHA hostels on the first night.

“This is a fantastic accolade for our local club and will bring the international spotlight on Ambleside,” said Duncan.

Duncan, who has been the England team manager at the last six Youth Cups, added: “I have seen the benefit such an experience can bring to young athletes, the confidence born from the shared experience of international competition.”