A Kendal artist has reached the semi-finals of a TV  show to find the portrait artist of the year.

Catherine Macdiarmid will be seen on Sky (Arts)TV next month (April 9) competing against other artists as she paints a picture of a celebrity in London. The show is presented by Stephen Mangan and Joan Bakewell.

The contest is like an art version of Bake-Off, says Catherine, who has appeared in earlier stages of the show twice before. In 2014 she painted Extras actress Ashley Jensen and in 2017 her subject was the actor Ross Kemp. Both chose her portrait of them to keep.

Catherine, who was born in Kendal and lives in the town with her three children, has twice been selected for the prestigious BP Portrait Award. Her work was included in a book, 500 Portraits, published by the National Portrait Gallery.

She was elected a member of the Lake Artists Society in 2014 and is a founder member of Green Door artists in Kendal and the South Lakes.

Catherine says: “Faces are the most interesting things we see and I can’t remember a time when I didn’t paint people. I am fascinated by portraiture and how much it can disguise or reveal the inner person.

“The sitter can choose to reveal as much or as little as they want and I want to capture something of the external self as well as the inner self. It is all really about a conversation between artist and subject.”

Catherine, who is available for portrait commissions, teaches a range of art courses at the Brewery Arts Centre in Kendal, and leads art courses for HF Holidays and Higham Hall.

This summer she will have her own solo exhibition at the Brewery from August 10 until October 5.

Meanwhile, she will face competition from eight other artists in the semi-final of the TV show. The heats were filmed at the Wallace Collection gallery in London; the semi-final location will be revealed on the night.

“It’s like painting in a goldfish bowl,” says Catherine. “Artists are used to working in isolation. This is very different, when people are watching you, and you can hear snippets of conversations.” 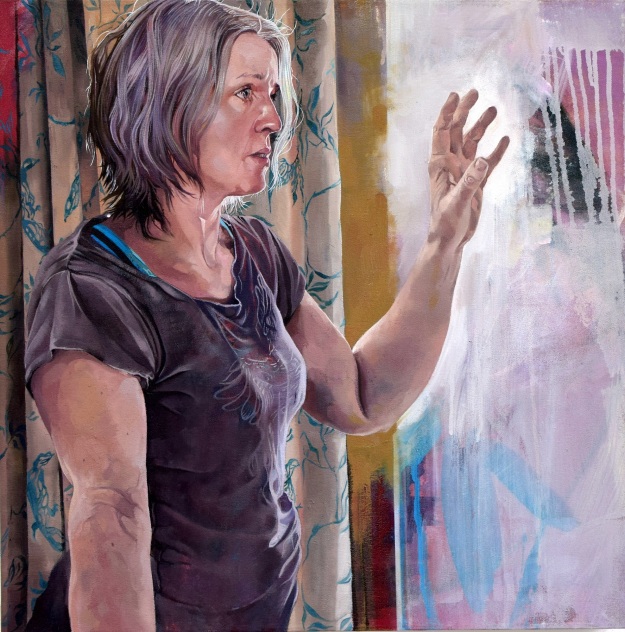